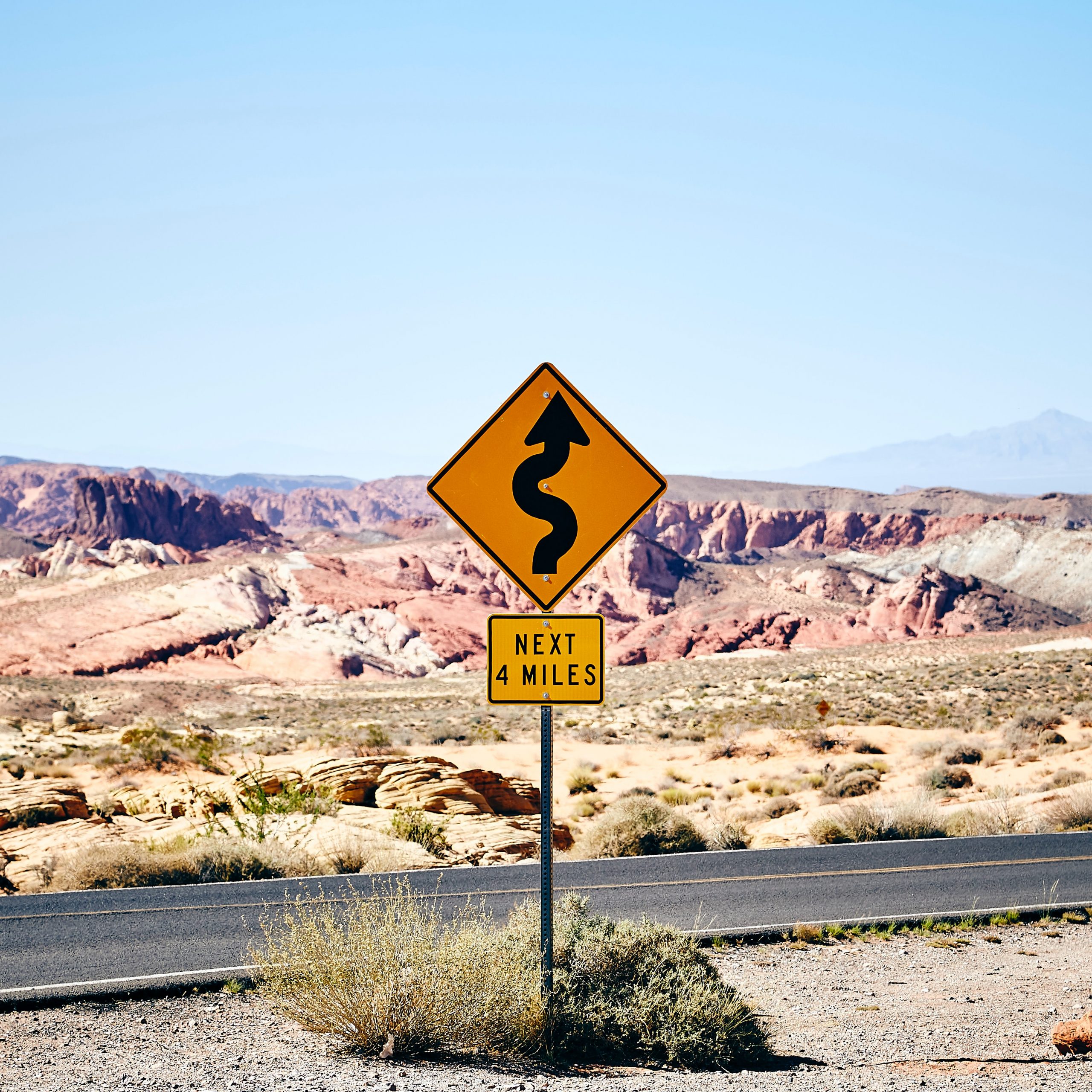 We’ve been through this before…

The Crash of 2008 was a dry run for the crisis we are now facing. It marked the end of the industrial economy. The incredible amount of wealth generated by assembly lines and factories ground to a stop.

We suffered hardship for months and years, lost homes, jobs, careers and families but made adjustments and moved on.

McMansions are gone. Vacations to exotic locales ended in favor of “staycations”. “Gig work” largely replaced “blue collar” jobs. The average age of first marriage and children suddenly rocketed to almost 30. The average age of cars on the road increased and now stands at 12 years.

There was never a “recovery”. Instead we created a new economy.

Like 2008, the COVID-19 crisis will be long, hard and force drastic changes in our lifestyles and values.

In his comprehensive tome, The Rise and Fall of American Growth, Robert Gordon places the beginning of the slow decline of the industrial economy at 1970.

By the 1990’s part time and short duration jobs were increasing and men over 40 were suffering through longer and longer durations of unemployment. By 2006 the bottom was out of the tub and dire warnings of a serious recession were becoming louder and more frequent.

When the crash finally came in 2008 it started in the mortgage market, which had been granting loans to high risk borrowers for several years. When modest layoffs began the house of cards in the banking industry suddenly collapsed, taking the rest of the already fragile economy with it.

GDP has never returned to the rates it had in the latter half of the 20th century, 3% to 5%, and now hover around 2%. Wages have not kept up with inflation for years, and the standard of living has been decreasing, resulting most notably in the decline of life spans and an increase in mortality across all age groups and demographics (Gordon, 2016).

COVID-19 will not suddenly end one day.

Instead it will likely come and go in waves over a long period. Don’t hold out hope for a vaccine, either. Epidemiologists predict flu strains with the highest probability of becoming epidemics a year and a half before an expected outbreak. It takes that long to craft a vaccine.

And keep in mind new flu strains evolve all the time. Another COVID-19 might be in the process of changing its DNA right now.

This is a good time to talk about “flattening the curve”…

This has nothing to do with decreasing the number of people who get COVID-19. All it means is using social distancing to spread the illness over a longer period. Picture turning a spike into a bell-shaped curve. The goal is to shield the health care industry from an overwhelming number of infections by spreading them over a longer period of time.

No matter how we cut it, the COVID-19 epidemic will endure for some time. In its aftermath will be a shattered worldwide economy. A decades long depression is not out of the question.

Much of this has to do with job loss and the inability for people to pay their debts. Already the mortgage industry is on the verge of collapse because huge real estate holdings companies cannot make their payments. That means that banks cannot count on what they are owed to predict cash flow and the ability to pay their debts.

There is a huge interconnected web of debts and credits now falling apart throughout the economy. From servers and bartenders who just lost their jobs and have no income to pay rent, to huge private equity real estate holdings companies like Black Rock that cannot meet their commitments.

For more on Black Rock read Rana Foroohars’ excellent and joyfully readable Makers and Takers: The Rise of Finance and the Fall of American Business. (Click here for a C-SPAN interview)

Most alarmingly Goldman Sacks projects a 24% decrease in GPD in the next quarter and unemployment to grow to about 12%.

By comparison, the Great Depression generated a loss in GDP of about 15% in it’s first two years and unemployment never exceeded about 25%.

GDP (Gross Domestic Product), or the “Velocity of Money”…

GDP is a measure of how much business is done in the country each year. It takes into account every exchange, from buying a bottle of water at a convenience store to a health insurance company gobbling up competitors for millions or billions of dollars.

You might think of it as how quickly money is changing hands. Generally, every time money changes hands a profit is made. Wealth is created. GDP measures the aggregate wealth of an economy or country. Profit is also the creation of wealth, and that benefits everyone.

Historically our annual GDP was about 3% to 5% annually.

A negative GDP means that we will become poorer as a nation. Wealth is disappearing. Everyone’s wealth. Our standard of living will decline even further than it did after 2008.

It’s anyone’s guess, but we can make some informed predictions…

There will be elevated concern for exposure to pathogens of others. Activities involving crowds of people will be a thing of the past.

Sit down restaurants, outdoor sporting events, concerts, airline travel, watching movies in a theater, and even traditional classrooms will either disappear or reinvent themes into something we can’t now imagine.

Protection from disease is only one factor pushing changes in the way we live.

The other is economic…

Dining will take on a new look. Old-fashioned sit-down dining is probably gone forever, at least in the form we think of it. Maybe private dining rooms will emerge, but the cost would be so high that only the wealthy could afford it.

Its likely robots will prepare food and autonomous vehicles deliver it to our homes.

For example, robot assisted food preparation was just beginning to emerge before the COVID-19 epidemic. The driving force behind robots in the kitchen has been the increasing cost of employing humans. Fifteen dollars an hour seems to be the price point where robots become cheaper than humans. In the aftermath of the epidemic, widespread introduction of robotic food prep will likely become the norm.

The trend for autonomous vehicles will get a boost because the cost of sick delivery drivers treated in our exorbitantly expensive health care industry is simply too high. It would be much cheaper to develop driverless delivery vehicles. The economic crash will push all sorts of high-tech development. The quest for high return investments will likely boost the autonomous vehicle industry into overdrive.

Speaking of transportation, look for the airline industry to either disappear completely or racially reinvent itself.

Right now airlines are at an almost compete stop.

The era of people standing cheek by jowl for hours in airline terminals are over. Airline travel has always had a reputation for spreading disease through its ventilation system. After COVID-19 contracting a disease while flying will no longer be tolerated.

Maybe trains or buses will make a comeback.

Those modes of transportation are long and boring, but maybe they could turn that disadvantage into a competitive distinction. Office cubicles on trains or buses might be the kind of innovation that would draw people back to those industries. A three-day cross-country trip might be attractive if it were offered in a private suite equipped with broadband capability and a large screen for business and personal social interactions. Imagine a mobile vacation, something modeled after cruise ships, but without the crowds.

Also, look for big changes in remote work and school.

It will take months for the epidemic to subside for good. During that time remote work will become normal. When that happens business owners will look around their offices and say “Why am I spending so much money on office space when workers can supply their own at home?”

Workers will also question the need to congregate together in one office to accomplish what can be done as easily at home without the threat of infection from coworkers.

Recent Gallup polls show that people have already adjusted to staying home. Of people now telecommuting because of COVID-19, 60% say they would prefer to work from home, even after social distancing restrictions are lifted.

Those millions of postal delivery jeeps are likely living their last days. The bulk of mail they deliver is third class advertisements – junk mail the value of which has been questioned for years. This might be the end of junk mail. Not everything is bad news!

Also, in a world of diminished income the release from driving miles a day from one computer to another would end an unnecessary financial burden lifted.

So too, would child care costs.

When parents work from home, they can take care of their children at the same time. The costly and unproductive concept of maternity leave would come to an end. That would also decrease the risk of transmitting disease in crowed child care centers.

Day care probably will not disappear, but it will probably be an industry that will price itself out of reach of most workers. Day care will become the exclusive domain of the wealthy. They will be the only ones who can afford the high cost of a germ and virus free environment catering to infants and toddlers.

Schools, too, will evolve into something very different than they have been in the past. The home-schooling movement will probably influence the emergence of a hybrid system of education managed by education professionals but delivered by parents and tutors.

Look for full time online college enrollment to expand from its current 13% to something far beyond that. We have no shortage of qualified higher education teachers. About 9% of the population in the Unites States has a Master’s degree qualifying them to teach at the college level. There are so many graduate degree holders without traditional job opportunities that most courses are taught by part time teachers.

Being a college professor is now a gig job! There are tens of thousands of experienced higher education instructors looking for work. A movement to full time online education would be easy.

The important thing to remember is that change does not mean disaster. There are clear advantages to the economic changes brought about by the COVID-19 crisis.

The decreased use of cars and time wasted driving them would increase productively dramatically and help drive down the national debt and increase GDP.

Telecommuting means spending more time with family, and that’s a good thing. Less commuting means fewer car accidents along with the injuries and fatalities they cause. It also means cleaner air, a drop in respiratory illness and probably cancer.

And we will be able to see deep blue skies and the stars again!

We will be less inclined to eat at fast food outlets and will likely eat more home cooked meals. Just that will be a major contributor to increased health. We will probably walk more – a direct assault on the obesity epidemic behind skyrocketing coronary disease, diabetes and sleep apnea.

All of these things will increase productivity, reduce costs and make us a healthier and wealthier nation.

There will be plenty of challenges and adjustments, but there are always bright spots that come with change. We just have to remind ourselves to appreciate them.

Gordon, R. J. (2016). The rise and fall of American growth: The U.S. standard of living since the Civil War. Princeton: Princeton University Press.