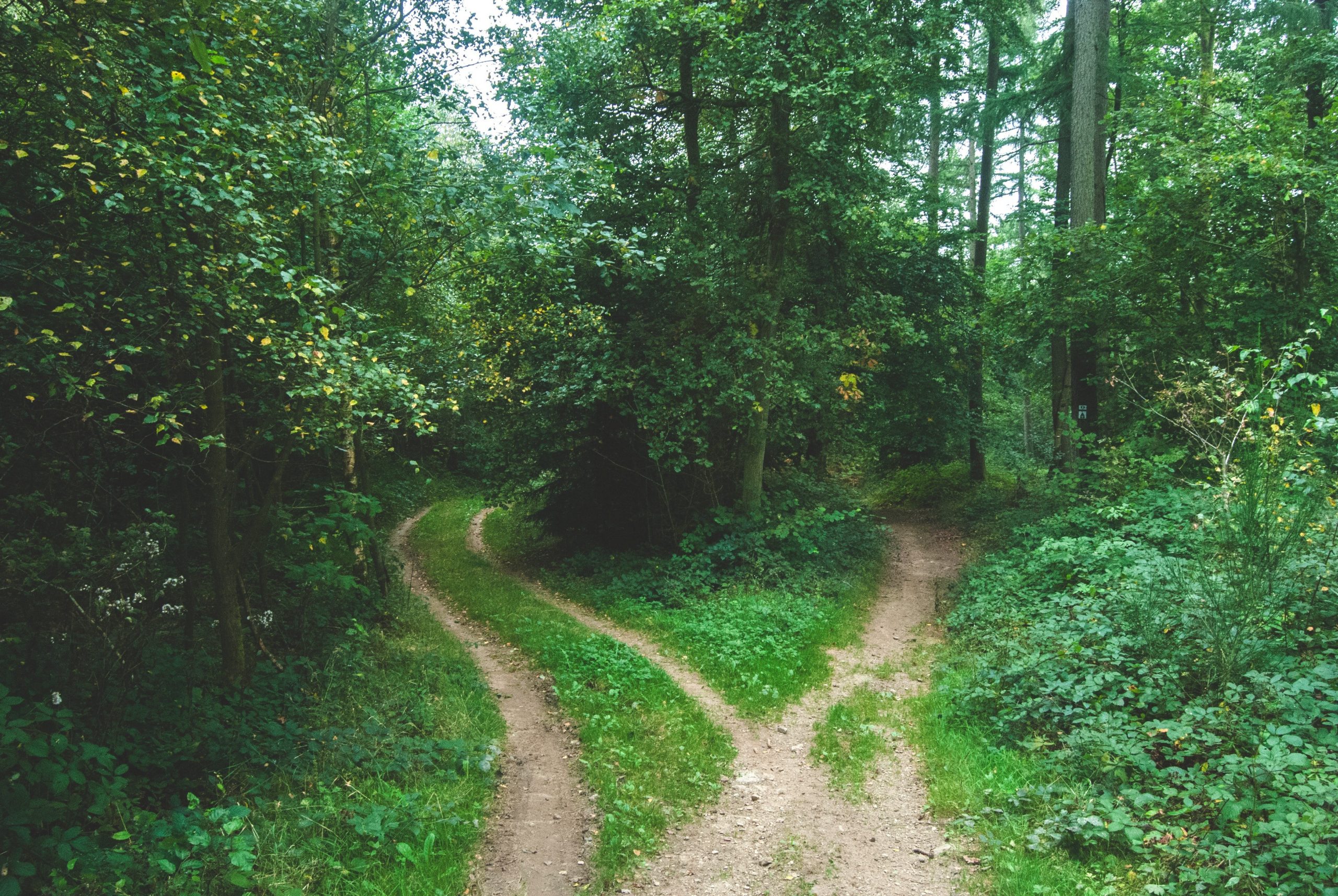 We face an ordeal with many unknowns and the outcome is not altogether certain.

We are already hearing about economic “recovery”. Get used to it. We’ll probably keep on hearing it until the COVID crisis is a dimming memory.

But the economy will never “recover”. Not really. Things will change into something new, but they will never return to what they were before COVID-19.

Entire sectors of the economy are gone.

In aviation, Airbus is cutting 15,000 jobs. Boeing is cutting 12,000 jobs. Experts are predicting a return to normal passenger demand in 2023.

Credit Suisse published a report that 25% of malls would close by 2022.

Clearly, malls are relics of a bygone era.

So, what’s on the horizon?

According to a recent Fast Company article more than half of US workers have jobs that lend themselves to working from home, and it’s estimated that 25% of current jobs will be done remotely by 2021. Businesses are already counting the savings the diminished need for office space will bring.

We may very well be witnessing the nascent formation of a 21st century version of a cottage industry economy. Large organizations will be around for some time — government, finance and technology industries aren’t going anywhere — but the Work From Home (WFH) movement is quickly picking up momentum.

Huge buildings housing hundreds or thousands of workers are a holdover from the industrial age.

Leading urban economist Richard Florida says this about the trend towards working from home, and the effect it will have on traditional office work:

“In fact, the rise of work from home shows that this acute separation of work from living is an increasingly outmoded, expensive and unproductive legacy of the industrial age. The modern central business district with its giant office towers stacking knowledge workers and service support workers is one of the last holdovers of the from this era — a relic of a time when office workers needed to be massed together and skyscrapers stood as the physical manifestation of the all-powerful mega-corporation.”

Commercial real estate developers are already thinking of ways to repurpose all the empty space vacated by businesses.

Alderwood Mall in Lynnwood Washington is one of the first to replace retail space with living space.

“This project is a great example of evolution in the shopping center industry,” says a spokesperson for Brookfield Properties, which owns the property and is collaborating with AvalonBay Communities, Inc. on the residential component. (Brookfield declined to offer a cost estimate for the project.) “Today, people prefer to live in smaller spaces and want walkable developments rather than relying on vehicular transit. This project caters to these needs.”

The birth of Work From Home infrastructure

While there might be an emerging preference for “walkable developments”, there is already a demand for online ordering and delivery of local products.

7-Eleven is expanding the online ordering and delivery option introduced in 2015 with a proprietary app and partnerships with Postmates, DoorDash and Google. These delivery services are aggressively seeking partnerships with local businesses in every town, city and metropolis.

Read: The Cashless Economy is Delivering the End of Retail Right to Your Door

The need for personal vehicles will quickly diminish

The concept of Just in Time (JIT) that started with logistics thirty years ago and is now transforming labor — think gig jobs — will spread to transportation.

Private vehicles spend about 95% of their time parked. But even while parked they require costly insurance and registration. Even sitting they slowly deteriorate; tires, batteries and gaskets wear out, fuel turns into varnish and oil breaks down.

Unless there is a need to constantly go someplace — from a computer at home to a computer at work — private vehicles are an unnecessary expense. That’s been a reality for urban workers for years.

Now it is spreading from densely packed urban areas to nearby suburbs. Soon autonomous vehicles will prowl surface streets in cities, and robots will deliver goods to our doors in the same way they deliver meals and drugs in hospitals now.

Millions of jobs have disappeared. And they will not be coming back.

People who worked in retail outlets, gyms, the aviation industry and other sectors will be out of work until new industries can be created. A recent Forbes article put the number of unemployed Americans at 40 million.

The Congressional Budget Office figures it will take about ten years to put all those people back to work.

That sounds more like the evolution of a new economy instead of the recovery of an old one. We won’t simply wake up one day to find it’s 2019 again.

What is the 2008 Great Recession telling us?

Remember the phrase “jobless recovery”? It was everywhere. This isn’t a new development. The after math of all recessions since 2000 have been characterized as jobless.

That’s because the traditional good paying jobs with benefits that were wiped out by economic upheaval never came back.

This is how the gig economy expands.

Industrial economies create a lot of wealth and last hundreds of years. So long that people forget how efficient and productive they can be, and what happens when they run their course and disappear.

Detroit was the Motor City because following World War II it produced enough cars for every family in the United States, as well as large portions of the rest of the world. Detroit was a cultural center, Motown, generating much of the rhythm and blues, soul music and a good portion of rock and roll of the 1950’s and 60’s. The music is covered by modern artists and we still celebrate the original versions.

Now Detroit is a shadow of what it once was. Population is down by half; poverty is a huge city challenge and entire residential areas have been abandoned and are now bulldozed into parks and pastures.

That is a small-scale version of what happens when economies end and wealth creation takes a nose dive.

In a word, poverty…

Sure, workers displaced by the COVID-19 crisis will eventually find jobs, or retire or get on disability, but the jobs created to replace traditional employment are nothing like the jobs that ended. Gig jobs don’t include expansive retirement benefits, lifelong health care or wages supporting single family homes, stay at home moms and multiple SUVs.

Here is how the Bureau of Labor Statistics (BLS) summarized it in the October 2018 Monthly Labor Review:

“Ten years after reaching a peak, total nonfarm employment has not only recovered from its pronounced downturn, but expanded by an additional 9.2 million jobs. Several industries — manufacturing, information, construction, mining and logging, and government — have yet to recover. Other industries — financial activities, retail trade, other services, transportation and warehousing, professional and business services, and leisure and hospitality — have recovered and expanded.”

But here are two important facts they ignore…

First, nothing is said about the additional million people needing jobs every year.

The fact that 9.2 million jobs were added over ten years isn’t really significant — it’s nothing more than keeping up with the normal number of additional job seekers added to the labor supply every year.

Here is a graph from the St. Louis Fed showing the dramatic increase of the Civilian Labor force from 2008 to 2020:

The sudden drop on the extreme right side of the chart are the workers who disappeared from the labor force when the economy shut down in response to COVID-19.

Check it out for yourself…

On the first Friday of every month the BLS releases their Employment Situation report for the previous month. Officials brag about the number of jobs created.

But notice there is no mention the 85,000 additions to the labor force. The first 85,000 jobs created are simply keeping up with new entrants in the job market. Anything more than that can be thought of as legitimate job creation.

Here’s the latest one.

Second, what kind of jobs are being created?

The vast majority of jobs added between 2008 and 2018 are not jobs that provide a living wage, health benefits or unemployment insurance. We commonly call these “gig” jobs because they blink in and out of existence. Economists use the term “contingent work” because work exists only when there is demand; work is “contingent” on customer demand.

It’s hard to get an exact number because economists have not been able to agree on a standard definition. However, we can get a pretty good idea from some of the research done during that period.

Economists Lawrence Katz of Harvard and Alan Kruger at Princeton wrote a 2016 paper estimating that 94% of the jobs created between 2005 and 2015 were gig jobs.

Or to put it another way…

But that’s not all…

Since then it’s obvious that gig jobs have exploded. We see it every day.

So, gig workers are a major portion of the workforce. How much do they earn?

So, when you read about jobs, remember that these are not jobs in the traditional sense that might support a home and family. Instead, most jobs being created now might provide the next meal or a portion of the rent.

To put this in a national perspective consider this:

In 2018 the median individual annual income was $33,706 dollars. The median is the middle point of a distribution. That means that half the people making money in 2018 made less than $33,706.

And don’t make the mistake of thinking our standard of living is increasing. It’s not.

Here’s how median income compares with the Consumer Price Index.

That’s why Columbia University is predicting a 19% poverty level!

What the Great Recession tells us to expect:

The gig economy will continue to expand. Although more of us will be working from home, we will be paid less than when we were working in offices.

That means a drop the standard of living.

On average our cars are now 12 years old, we are wearing clothes longer than we ever have, and our birth rate is going down because we can’t afford babies.

But even with all that we’re going to have to get used to a more frugal lifestyle.

But there are bright spots…

We forget what an incredibly resilient people we are.

We’ll get through this!

Read: The Incredible Opportunities Coming with the Post COVID-19 Economy

Maybe working from home will help us learn about raising families and being better spouses.

Living frugally might teach us about the real value of possessions. Maybe there is something to be said for lifestyle simplicity.

We can walk to store, shops and parks and eat healthy food. Goodbye obesity epidemic!

Gig work might open doors to making a living doing the things we love and are good at, instead of toeing the line in a bureaucratic hierarchy.

Read: A Job is No Longer Your Destiny

Maybe we’ll give up cars but in return marvel at the stars in the night sky again.

Our technology will allow us to tag along with engineers, astronauts and scientists riding spaceships and exploring new worlds — while it’s happening!

Links may lead to sites where the author has an affiliate relationship.