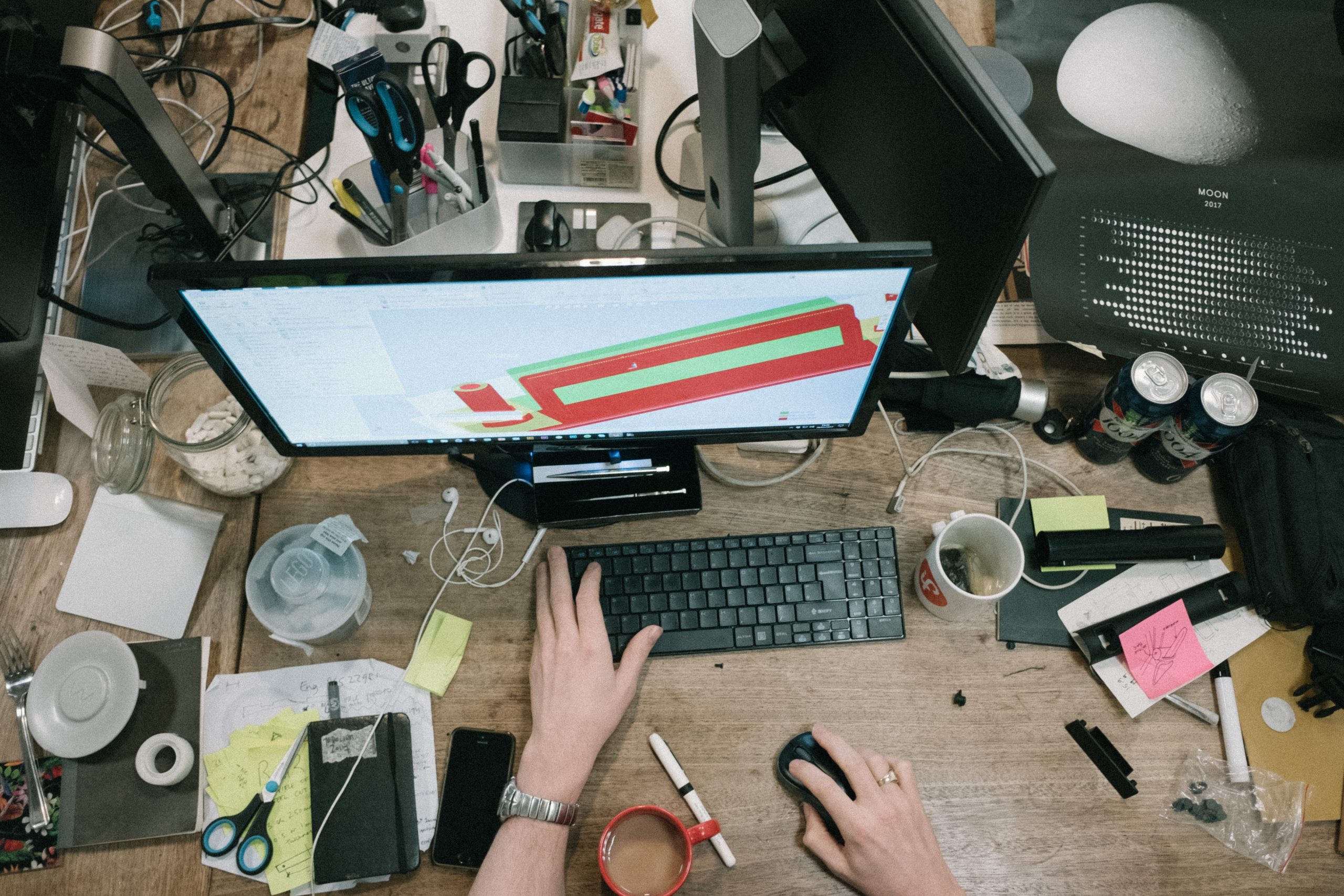 The world is going to be a different place in the wake of the COVID-19 crisis.

It will take a long time for people to become comfortable going to crowded restaurants and bars, for example. Schools are trying to find a way forward for the coming semester, and the future of theaters, indoor sports stadiums and mass transit is in question.

There is at least one bright spot, however — the growing acceptance of working remotely from home.

There are no technological barriers to working from home. Small numbers of people have been doing it for decades.

The only reason we didn’t embrace remote work throughout the economy decades ago seems to be that it was too new and different. Older generations couldn’t imagine distributed teams working efficiently from widely separated locations.

But now social distancing is forcing a choice between remote work or shutting down businesses completely. The move to remote work has been sudden and unexpected, but surprisingly smooth.

Younger generations have grown up with email, VOIP and video conferencing. For them being digitally connected to work has been a reality since they entered the workforce. The older half of the Baby Boom generation is well into retirement, and the influence of the younger half on business decisions is declining every day.

Not surprisingly, tech companies like Facebook and Twitter are the first to make the move. They have been easing in that direction for some time. Car insurance companies like Nationwide and GEICO lost no time converting customer service call centers to work from home positions.

Other companies are joining the move with surprising speed.

According to SPG Global 67% of the companies they surveyed plan on keeping remote work positions after the pandemic. The interesting thing is that only three months ago only 38% were making that move.

One of the biggest attractions is the decreased need for office real estate. AT&T is an early adopter of remote work and figures it saved $30 million in real estate costs over five years.

But that’s not all…

Working from home means a drastic cut in the cost of commuting, more time with family, and the kind of work/life balance that people have been yearning for since the turn of the century. In a survey of workers who recently were exposed to remotely working from home 93% would continue at least part of the time.

But he advantages of remote work don’t end there…

Because remote workers can live anywhere, the potential for the distribution of wealth expanding to economically distressed areas is becoming an attraction. Mark Zuckerberg lost no time in announcing that employees choosing to move to low cost cities would see their wages cut to match the lower expenses of their new homes.

But that isn’t stopping cities from creating incentives for remote workers to move.

Tulsa, Topeka, and Vermont are offering remote workers up to $15,000 to move to their communities. The days of cities enticing companies offering tax incentives to build brick and mortar facilities may be moving towards enticing just workers instead.

It’s hard for smaller communities in the Rust Belt to say to no to the money new remote workers bring. An influx of newcomers already employed in good jobs means more general wealth for the community and a wider tax base, but without the downsides of increased air pollution, social problems and “deaths of despair”.

However, in spite of the advantages to the environment, work/life balance, cost savings and wealth distribution, the work from home trend is not uniformly good.

For one thing the cities trying to attract remote workers don’t extend financial help to just any remote worker. Criteria include things like a requirement to work in the tech industry, minimum salaries and job tenure.

Currently, people working from home overwhelmingly hold Bachelors degrees or higher. This makes sense because work output must be compatible with digital technologies. Work must be expressed in words and numbers that can be digitally encoded.

Waitstaff, plumbers and electricians can’t ply their trade in front of a computer screen.

There are some exceptions, such as phone-based customer service workers, but manual trade work and customer facing occupations are not suited for remote work.

BLS data also shows that full time workers are largely favored for remote work. This might change as remote work catches on and expands into new areas, but there is no guarantee that this will be the case.

For that reason, the coming explosion of gig workers might be mostly left out of opportunities for remote work. The millions of people who once worked at now shuttered retail, leisure and travel industries may never find good paying work.

The BLS data also shows that remote work is largely confined to Management, Professional and Administrative positions; Information, Financial and Professional industries; and is significantly weighted to bigger companies based in large metropolitan areas.

However, the BLS data was collected in the last few months since the onset of the COVID-19 pandemic. We are in an era of business and economic transition, and things will almost certainly change as the pandemic slowly passes and the economy finds its new direction.

Work is really a social activity. That is, we pool our efforts with others to achieve a common goal. How social isolation from coworkers will affect long term efficiency and engagement is open to question.

“It’s one thing to start working remotely when your colleagues are people you formerly worked with in-person every day. It’s quite another when it’s a group of people you don’t have pre-existing personal relationships with.”

Exactly what the future holds for the economy and remote work is very hard to predict, but current trends suggest some likely possibilities.

Noted academic and IT futurist Jon-Arild Johannessen published The Workplace of the Future in late 2019. In it he describes what might be the most accurate view of the future of work to date.

Johannessen sees a near future in which most jobs are largely disconnected from the physical location of a company.

Only the highest status jobs will be located in corporate offices. This is where the highest social cohesion will occur, and all other functions will be viewed as ancillary that can be located anywhere.

These jobs will be only marginally connected to the physical corporation, and workers will be employed by short term contracts to address business needs only as they arise. This is the logical extension of Just-In-Time (JIT) labor and the explosion of the Gig Economy since the 2008 economic debacle.

Education will take on a new and different value. In Johannessen’s view of the new future,

“…those students who have a general Bachelor’s education that isn’t professionally or vocationally oriented may be likened to unskilled workers in industrial society. This means that knowledge and work are no longer interconnected, and a good university education is no longer any guarantee of permanent employment.”

This might sound farfetched, but on June 26, 2020 President Trump signed an executive order directing federal agencies to ignore academic credentials in favor of skill and experience when hiring. This is not a new development and has been gaining ground in private business for some time.

(For more on this see Peter Cappelli’s Why Good People Can’t Get Jobs, or Bryan Caplan’s The Case against Education.)

At the same time higher education is moving towards revamping curriculum away from liberal studies and towards more pragmatic academic programs.

Robert Franek, editor in chief of The Princeton Review and author of “The Best 385 Colleges” was recently quoted as saying,

“We are going to start to see those programs marketed that have a direct return on investment — that will prepare that student for a job.”

But that won’t solve the problem of too many well qualified applicants and not enough good jobs.

The ability to work from anywhere also means that competition comes from everywhere. Remote work will do nothing to create new jobs. Instead, just as today, there will be far more people than jobs available for them to work.

“…They also work long hours unpaid to show keenness to the employer, with the hope of being preferred if a full-time permanent job becomes available (which it rarely does).”

That might turn out to be true, but let’s not forget the gifts that the expansion of remote work might bring:

Bringing good jobs to communities that that desperately need them. Someday in the not too distance future we might have to rename the Rust Belt.

Reducing air pollution from the vehicles we use to commute. Sitting in front of our home computer while we do our banking or stock trading, then driving to another computer to do our work is ludicrous, and we’ve known it for decades.

The increase in productivity by gaining back the hours we spend traveling from one computer to another will be significant. Lowering the huge national debt we’ve incurred will demand every economic efficiency we can muster.

Finally, something we can’t put a price on — the increase in quality of life that comes from spending time with family and friends in a community we find uplifting and joyous.

Remote work offers plenty of advantages, but the is one thing it will not change:

The lack of good jobs paying wages that create wealth for a large portion of our nation and the world. In that regard we might still be heading for an era of neo-feudalism.

That’s going to require an entirely new and different economy.