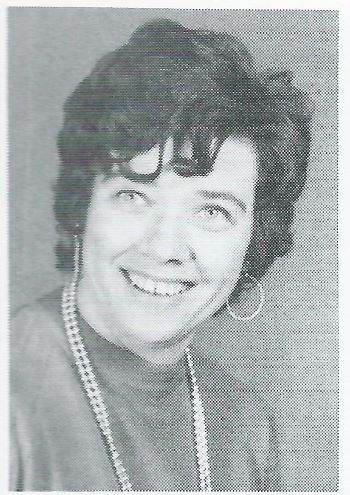 She left the world a better place.

I just found out that Mrs. Enlow died.

Her son and I were in the same year in high school and he posted her death at our Class of 1975 Facebook page.

When we met again via Facebook a few months ago, he told me that over the years his mom asked if he had heard from me. I often thought of her as well. I was looking forward to talking to her or exchanging emails. There was so much I wanted to tell her, but we ran out of time.

I always liked writing, but teachers never had anything good to say about what I wrote. Too many spelling errors, a comma in the wrong place, not enough paragraphs, too many paragraphs. Like everything else I heard from my teachers, there was a lot of criticism and very little encouragement.

By the time I was a junior in high school they had convinced me of my near total incompetence in any subject.

Sometimes they were brutal…

I handed my journalism teacher an opinion piece I had worked very hard on. I knew he didn’t share my opinion, so I put in extra effort. He gave the paper a dismissive glace, saw the topic on the title page, tossed it offhandedly onto a corner of his desk and said he’d keep it around — in case the bathroom ran out of toilet paper.

I was furious, but there was nothing I could do. I never returned to his class and wrote short stories and political analyses in detention.

Mrs. Enlow was different. She told me I was a good writer and helped me become a better one.

She saw past the technical goofs and differences in opinion and read my stories. She liked what she read and told me so. She gave me advise about writing and made suggestions that made my stories even better. I listened to her and could tell that I was becoming a better writer.

Her interest and positive feedback made me consider that maybe, just maybe, there was something I was good at.

I kept a journal for a while.  I began to look forward to the “compare and contrast” assignments in other classes. I turned in papers that teachers never assigned, leaving them completely flummoxed. I wrote reviews of biographies for extra credit in history class.

I asked Mrs. Enlow to proofread the extra work I was doing, but she declined. It wasn’t right for her to get involved in other classes, she said.

But she read them anyway. She said she found them interesting and that she learned something from each of them.

The idea that a teacher could find my writing meaningful had a lasting effect.

In 1978 I was in college and scored an internship at the Oregon Legislature.

I wrote a research paper detailing how the legislators had little in common with the people they were representing. I challenged the legitimacy of representation, given the role of monied interests in the election process.

The professor scrawled something about my premise “being inconsistent with current thinking” across the title page and gave it a C.

I felt the same despair and anger I did years before when the teacher compared my work to toilet paper. But who was I to challenge a University professor?

In high school Mrs. Enlow once suggested that I submit my work to magazines, something I thought was an achievement far beyond my ability.

I clearly remember thinking about that conversation as I rewrote the paper my professor had so brusquely rejected. Then I sent it to Willamette Week, one of the first “alternative” newspapers focusing on local politics.

Back at school I formally protested my grade, using the article in Willamette Week to convince the review committee that my thoughts really did have merit.

I got a B for the class, and a very nice letter from one of the committee members urging me to keep researching and writing.

I’ve been writing ever since…

And that’s why I think of Mrs. Enlow so often. She comes to mind when I feel my writing has accomplished something.

Everything I write is part of the gift she leaves behind. Her encouragement and validation give me the courage to share my thoughts in writing.

And look! It continues to this day, almost a half century later, right here. You, gentle reader, are sharing Mrs. Enlow’s legacy simply by reading this article.

I hope that makes your day is just a little better.